The practice of yoga delivers far more than headstands and physical postures. Whether you're new to yoga, young, or old, yoga has the power to strengthen the body and calm the mind.

There are various types of yoga, including hot yoga, hatha yoga, Iyengar yoga, yoga Nidra, and many more. Don't be intimidated by the types of yoga or their poses. Yoga is for everyone. We’ll look more into the benefits, how to get started, and how it can help you sleep.

What is Yoga Nidra?

Yoga Nidra, or “Yogic Sleep,” is a form of guided meditation that involves deep breathing and reflection to promote a harmonious connection between body and mind. Because this meditative practice allows the mind and body to rest while the consciousness is awake, it’s often associated with promoting deep sleep.

The entire practice also happens in savasana, or the resting pose in yoga, as it “remedies fatigue and causes the mind to stop.".” [1] Swami Satyananda Saraswati is the founder of the Bihar School of Yoga and often receives credit for combining ancient Indian yoga techniques to become what is now known as Yoga Nidra.

While the primary goal of meditation and Yoga Nidra are alike – both methods work to develop a heightened sense of awareness. With meditation, you are traditionally seated, while Yoga Nidra is always practiced laying down.

It involves chilling out and slowing down. The same goes for meditation. While some people lump them together, they're two different practices. With yoga Nidra, the individual is lying down. The primary goal is to move into a deep state of consciousness, awareness sleep, and a deeper state of relaxation with awareness.

Regarding meditation, the individual is sitting in a waking state of consciousness while focussing the mind and allowing ideas to come and go freely. Meditation is about training in awareness and gaining a healthy sense of perspective.

There are plenty of benefits of yoga. Whether you suffer from insomnia, anxiety, general stress, or discomfort, Yoga Nidra can help people of any age and ability relax and release tension before bedtime.

Just as we gently rock a child to sleep to ease them into dreamland, adults also benefit from laying down and quieting the mind before bed.

HRV stands for Heart Rate Variability, which is a measurement, in milliseconds, of the variations in time between each heartbeat. This variation or irregularity—which is perfectly normal, even for a healthy heart—is governed by a section of your nervous system known as the autonomic nervous system (ANS), which impacts your breathing, blood pressure, and digestion in addition to your heart rate.

A research study in 2012 showed that it causes improvement of HRV without the physical practice of postures. [4] 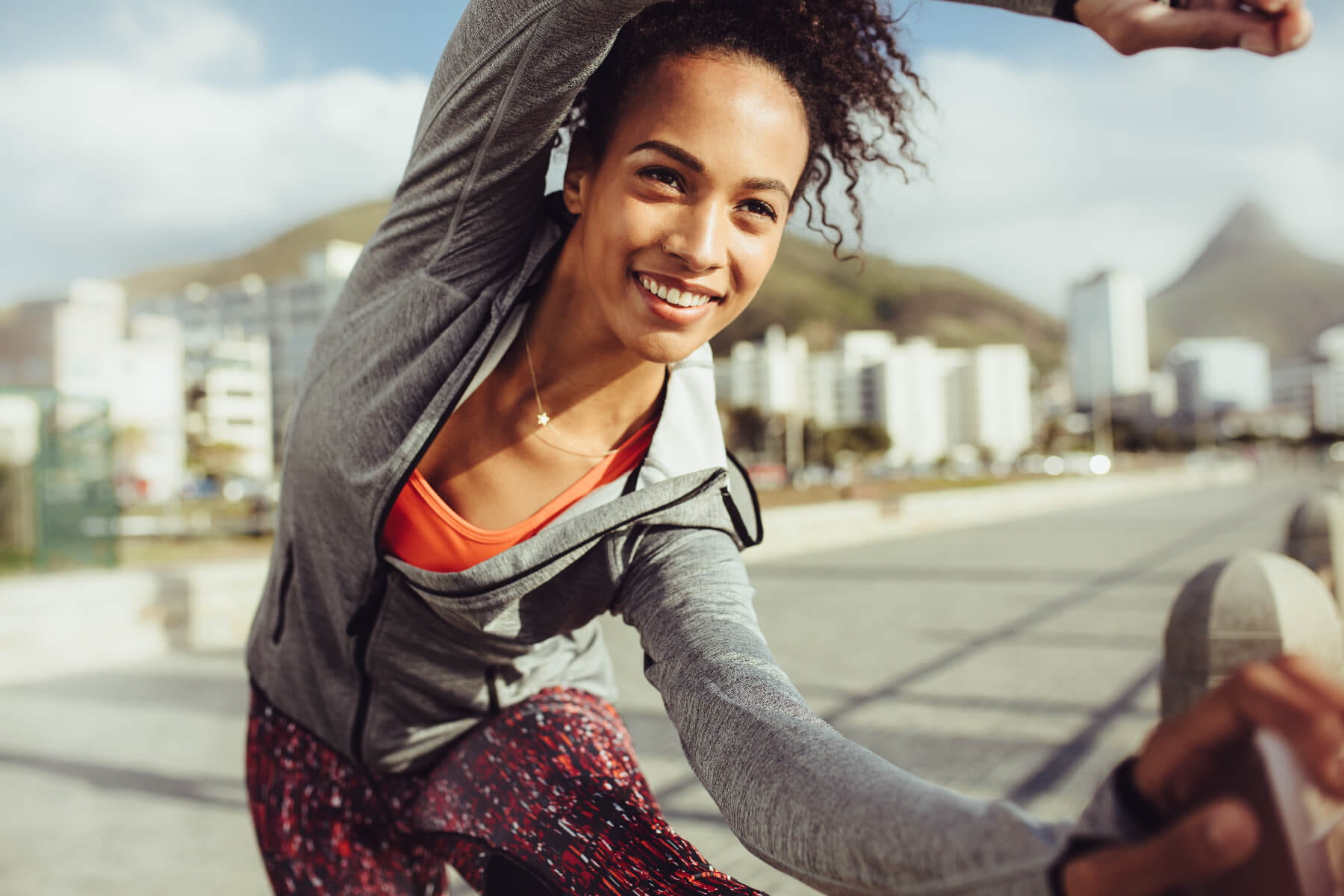 In another study, [5] researchers analyzed short, 11-minute Yoga Nidra meditation for 30 days in a diverse sample of the population to measure its benefits.

The group given the short meditation showed “lower stress, higher well-being, and improved sleep quality after the intervention” compared to the group that did not.

Additionally, even six weeks later the positive effects of the treatment remained stable. By simply taking a few minutes before bedtime to meditate and focus on mindfulness, you too can reap the benefits of this free, body-enriching exercise.

Recent Yoga Study: Yoga Nidra can be a helpful tool in reducing physiological and cognitive symptoms of anxiety. [6]

Regularly practicing can improve your confidence and self-self-esteem. A recent study in 2019 looked at the effects of Yoga Nidra on life stress and self-esteem in university students.

Other Benefits of Yoga Nidra

To experience the benefits, practice it several days a week, even for a few hours.

While the goal is to reach deep relaxation and meditation that often leads to dozing off, the practice is only as deep as you allow it to be. Essentially, those practicing Yoga Nidra with the intention and goal of falling asleep are focusing on slowing down brain wave activity, which lets the brain “turn off” and sleep.

Some choose to use this type of yoga as a meditative exercise where sleep isn’t necessarily the goal. There’s even an entire subset of the practice dedicated to remaining awake. Both versions are powerful, and both can lead to training the mind to relax and focus on the moment—a vital tool for anyone struggling with insomnia or sleep phobia who finds relaxing difficult.

Case Report: An innovative approach to the management of chronic insomnia. [7]

How to Perform Yoga Nidra

Come to your meditation prepared to let go of the nagging worries and woes of the day. You’ll want to ensure your space is calming and cozy (if the goal of your practice is sleep, this would be the bedroom).

We have free Yoga Nidra exercises to help in your mindfulness journey. There’s no wrong way to start; all that matters is your mindset. Give the below examples a try: 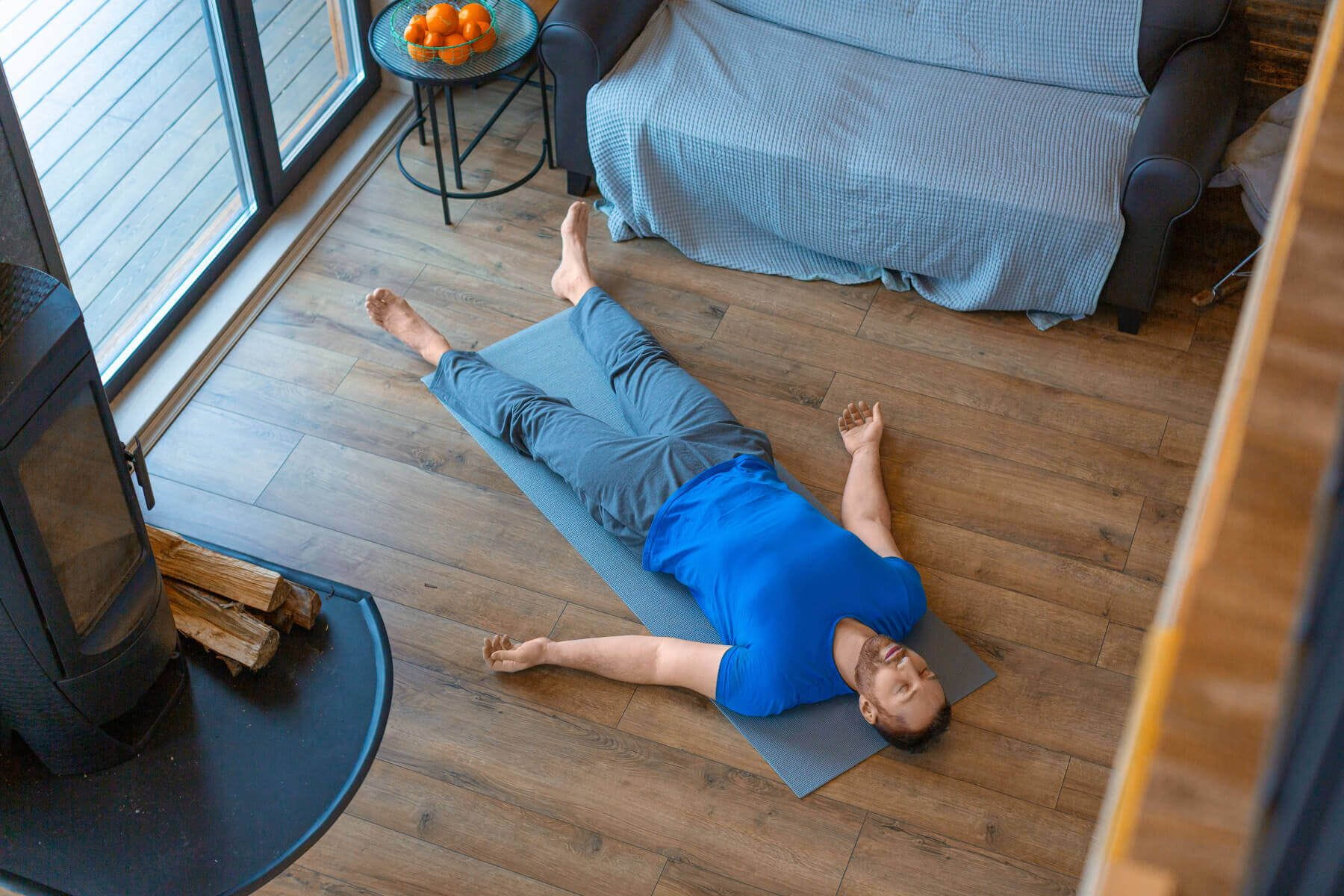 First, before you start, below are some basic steps to get started.

A script is read by the yoga instructor when guiding you through the meditation. Unlike other forms of meditation, yoga sleep is always practiced with live or recorded verbal instructions by an experienced yoga instructor. There are various scripts available to follow.

Yoga Nidra is taught lying down, making it a simple practice. Additionally, a yoga teacher or instructor guides you through the exercise. It is a welcome practice, especially after a long day leading up to bedtime. Yoga Nidra training can lead to your deepest sleep yet.

As with any exercise, yoga does not come without its risks. Practicing yoga should be done with respect and care, easing the chance of injury. Before starting this or another form of yoga, it's best to consult your doctor or a medical professional.

[1] Möllenhoff, C. (2019, February 24). The Origins of Yoga Nidra - Who invented it and where does it come from? Forceful Tranquility. View Resource

Meditation: A Simple and Safe Way to Help You Sleep

Apr 12, 2022
Today, there are different types of meditation and you can find a type that’s perfect for you and your goals. Meditation provides many benefits for mind-body wellness. It's worth trying to see if it makes a difference in your life, and most importantly your quality of sleep.

Benefits of Yoga and How to Get Started

Feb 25, 2022
At sleepme, we offer a variety of yoga exercises and meditations. Yoga is one of the habits that can help you relax, relieve stress and unwind. We want you to know that there are different types of yoga and varying skill levels and adjustments, making it a great fit for anyone.

Jan 25, 2022
Does exercise help you sleep? The short answer to whether exercise helps you sleep is, it depends. When we dig into the science, though, the longer answer is a resounding, YES!