The 8 hour Sleep Myth: How Much Sleep Do We Need?

Change isn’t the first thing that comes to mind when you think of sleep.

But change occurs the moment you jump out of bed in the middle of the night to calm your crying baby. You experience change when your dog, holding its leash in its mouth, scratches at your bedroom door early in the morning.

Change happens when your boss asks you to work late, and you can’t possibly get to bed at the same time you normally do.

Going to bed and waking up at the same time every day or sleeping eight consecutive hours every night might provide you with a good health outcome. However, upset newborns, energetic dogs, and stressful jobs don’t quite fit within an allotted amount of sleep time each night.

We’re not always going to be able to sleep eight hours straight, but we need to make sure we receive quality sleep over a set amount of time.

Body Temperature Can Affect Your Sleep

Get deeper, more restorative sleep with our cooling mattress pads. Select the right temperature, ranging from 55-115º, to improve your deep sleep and wake up rested.

Quality sleep improves health and performance, and not getting enough quality sleep could result in health risks such as heart disease and obesity. Therefore, getting the right amount of quality sleep is vital for mental, physical, and emotional health.

There’s more to good sleep than just the hours spent in bed.

Sleep expert at the National Institutes of Health

So, how much quality sleep do we need? Let’s first look at the sleep stages.

The body and brain are inherently designed to progress systematically through 4 stages of sleep. Stages 1-3 are known as non-rapid eye movement (N-REM). Stage 4 is called rapid eye movement (REM) sleep. One round of stages 1-4 lasts about 90 minutes on average. [2]

The first half of the night is your deep sleep window. During this period, everything drops further: your heart rate, your breathing, your blood pressure, your muscle activity, and your body temperature. [3]

Deep sleep is the third stage of NREM sleep, so you may hear it called NREM Stage 3 or N3. In sleep medicine, deep sleep may be referred to as slow-wave sleep (SWS) because your brain waves are the slowest at this stage. It may also be called “delta sleep” due to the fact delta waves are seen on the electroencephalogram (EEG). 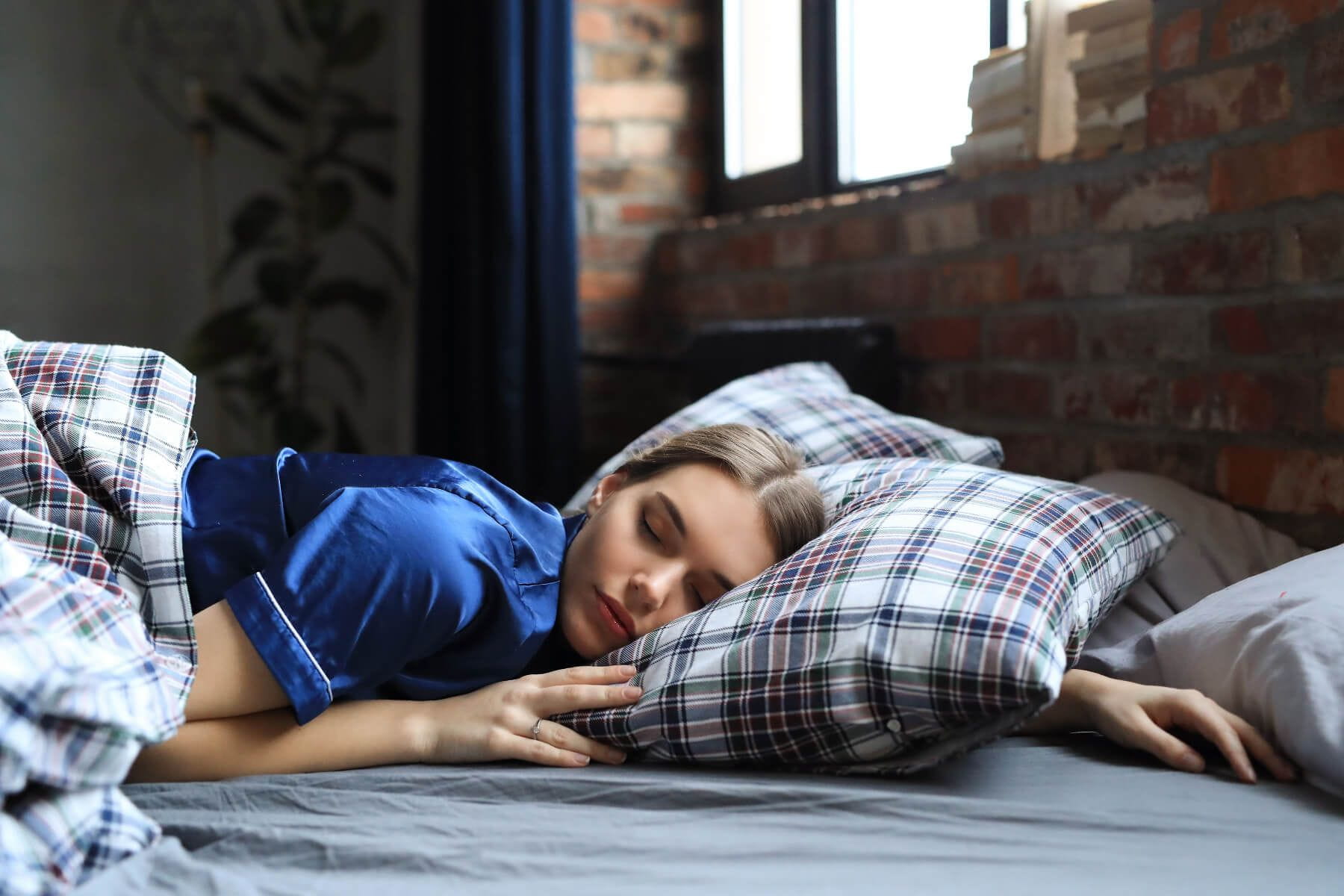 REM sleep occurs when the eyes tend to dart back and forth in different directions under closed eyelids. This is when dreams most often take place. Although it might seem those eye movements are due to the scanning of dream images, this has not been definitively proven. [6] Other names for REM include active sleep, desynchronized sleep, and paradoxical sleep. [7]

Now that you have an understanding of the sleep stages, we can discuss how much deep sleep is needed. The ideal amount is two hours. However, how much you get will depend on your age and current sleep needs. According to research by the US Committee on Sleep Medicine and Research, healthy adults spend roughly 13-23% of their sleep in deep sleep. [8]

Quality vs. quantity of sleep is critical. Just focus less on a set number and more on allowing your body to move naturally into a deep sleep so you wake up feeling rested. If you only get five hours of sleep, make it the best five hours possible.

The CDC recommends the following hours of sleep for each age group. Remember that the total number of hours can vary from person to person. [9]

Differentiating between facts and myths can be difficult at times. Do we need to sleep eight hours every night? Is drinking eight glasses of water each day necessary? Will we actually get warts from touching a toad?

We’ve heard these things for so long that we start to believe them. As for sleep, where did the rule of sleeping eight hours each night come from?

“The saying that everybody needs eight hours of sleep is associated with the industrial revolution – eight hours labour, eight hours recreation, eight hours rest,” she said. “Genetics, age, medical conditions, environmental, and behavioral factors determine how much sleep you need.

Some people require more than eight hours and some less. Certain people function well on less than six hours, and can actually experience insomnia when aiming for eight hours every night.”

“We often hear eight hours as being the magical number to strive for, but in fact, sleep needs vary greatly between individuals. It’s important to figure out what works best for you and to prioritize sleep so you are getting enough every night.” [10]

Read More: How Much Sleep Do I Need?

How do we prioritize restful sleep without necessarily adhering to the 8-hour myth as a guideline? Meditation, mindfulness, journaling, and keeping our eyes away from blue light found in devices/televisions are all great starting points to improving sleep quality.

Once our mind is in a calmer state, we can better let go of the day and embrace our body’s need to sleep and recover. Then, once you’re cozy in bed and mentally prepared to rest, your body needs a physical change to happen to signal that it’s the appropriate and safe time for sleep. This change is a drop in temperature.

Matt Walker, Professor of Neuroscience and Psychology at the University of California, Berkeley, and founder of the Center for Human Sleep Science recommends eight hours of sleep, but says optimal sleep time can range between seven and nine hours. He does believe dropping your core temperature is vital for uninterrupted sleep.

Your body needs to drop its core temperature by about two to three degrees Fahrenheit to initiate sleep and then to stay asleep, and it's the reason you will always find it easier to fall asleep in a room that's too cold than too hot,” Walker said. [11]

Professor of Neuroscience and Psychology at the University of California, Berkeley

But lowering our bedroom temperature can only go so far. To have an impact on our internal body temperature, we have to start with the bed we’re sleeping on. Our Cube, OOLER, and Dock Pro Sleep Systems can lower your body temperature at night, providing quality, deep sleep.

You can now adjust your bed temperature in real time. Upgrade your Dock Pro with our new sleepme+ membership that will improve your sleep while you sleep. The sleepme+ membership includes a first-of-its-kind technology, Hiber-AI, and a non-wearable sleep tracker that collects, analyzes, and acts on real-time sleep data. When the sleep tracker is paired with the Dock Pro, Hiber-AI will adjust the bed temperature based on your current real-time sleep data.

It's not about how long you sleep every night; it's about the quality of sleep you receive.

You’re still going to tend to children in the middle of the night. Pets will demand your attention in the early morning hours. And you’re not always going to get to bed at a reasonable time. But that doesn’t mean you can’t receive quality sleep even if you don’t get that complete eight hours.

At sleepme you will find all our sleep products that will help you sleep better and get the most out of your sleep.

Tara Youngblood is the founder and CEO of sleepme, a company that creates award-winning technologies and apps that are changing the way the world sleeps. Their Chili Cool Mesh signature product has been used by Presidents, celebrities, and CEOs.

Sep 08, 2022
A sleep switch is something everybody has. But understanding your sleep switch & making it work for you isn't always easy. Learn more on how to adjust the sleep switch.

13 Tips on How to Stay Cool at Night